September 12, 2014
After the first grown-up equitation experience I ended up cherishing an ambition to make riding a part of my routine. It all started with Altai Mountains where I’ve been spending my holidays. For the locals, hiring their horses out to the tourists for a couple of hours is a usual way to get extra money. So I took the bait.
I got on the horse, took some instructions and went down the small wood. I liked it so much that in a week I found myself having a one-day horse tour through the Altai villages.
It was the first time I rode at a gallop and experienced the way horses love competing with each other. Coming back to my native town I started looking for an opportunity for regular horse riding. There were two stables in the town. In one of them horses were kept in awful conditions (not because of a good life, of course). The other provided better conditions but there were only two options: to take riding lessons or to walk down the same 1 km track between the road and the stadium. I didn`t want neither of these, especially when the seven-month freeze entered the picture and the horses were sure not to feel comfortable taking someone somewhere through the snowdrifts.
So, I have abandoned the idea right away.

When I moved and settled in a new place I started my first attempts to find a good stable but failed at first because all the stables I found couldn`t be reached by public transport and we didn`t have a car. At the end I managed to find an acceptable bus route. A 10 minutes walking from the bus stop and an enormous space of ground opened to my view. It was surrounded by the forest; there were stables, two round pens for training and a place for grazing and paddock. It looked comfortable and as if it was designed for the animals.
The stable offered horse riding lessons as well as park rides, one to three hours long, and once in two months they organized several day trekking in different areas of Brazil. The ordinary riding turned out (as I further realized) to take place in the nearest 10 sq km large ecological park open for riders and cyclers only.

I didn`t wait long for my second park ride as I wanted to refresh the sitting-in-a-saddle feeling before the forthcoming all-day trekking.

It was on a weekend when me and my friend gathered for a second ride, and an eight year old girl Amy decided to join us after her riding class. Amy was riding Luna. I got Cardinon. When we reached the park our instructor let me and Amy go up the top of the mount and focused on my friend`s trotting skills. Only once I’d been to that park which turned out to be really huge, with lots of trails. But little Japanese girl looked confident, so I followed her way. At one trail fork she seemed unsure about the way and I went forward to take a look. While I was passing the horse around whether the girl or Luna made a strange whistle-like sound. That time I thought it might be the way Amy cued her horse to start off from standing position. But Cardinon shied and galloped away. Amy`s horse followed. After galopping down and up the mount I managed to halt panting Cardinon despite Luna approaching.

We decided to stay in the bushes and have been waiting for our instructor long enough to conclude that it would be easier to go back to the park entrance to figure out if we`d taken the right way. We got to the main road and went along at a slow trot. I was riding at the back. Amy, as she wanted to say something to me, halted her horse. As soon as Cardinon`s head reached Luna`s withers we heard the same sound and my horse galloped again.

Amy had been already frightened since the first time, so now, from my first meters at a gallop, I heard sounds more like hysterical ones ’Stop, Luna, stop! Do stop!’. I didn`t panic, I pulled the rein trying to halt the horse and sometimes making attempts to direct it to the clump of bushes (a usual way to halt the horse in a critical situation), but knowing that there was a 3 meter gate on our way where the horse would have to stop, I didn`t try hard.

Sometimes Amy stopped screaming, she seemed to put a lot of efforts into keeping in the saddle. Having reached the gate, Cardinon looked around and stopped as I expected. Amy was getting closer and I made Cardinon turn left to leave some space for Luna. It was a fatal mistake. Having heard the hoofbeats, Cardinon started looking for the ways to escape and succeeded. There was a man-wide small path where my horse lunged down. The path wasn`t supposed to be used for horse riding: lots of turns, tree branches at the height of a horseback, not to mention the height of a rider. It was far from easy to gallop with all these turns so I focused on keeping in a saddle and trying to avoid the branch`s thrusts. I didn`t hear Amy`s voice, but the hoofbeats made me think that Amy was doing the same – doing her best to be less injured. 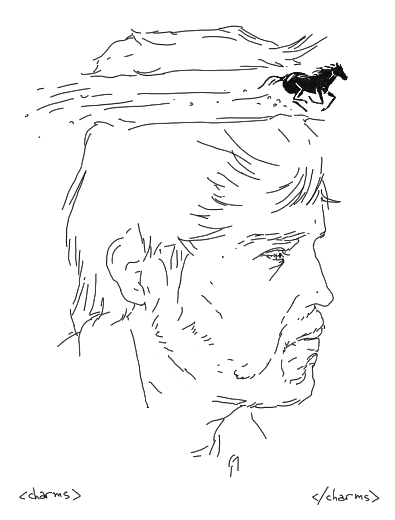 At one of the turns I saw riderless Luna following me. The branches were getting denser, the path, running along the fence of the park at first, now was getting into the forest. I felt my arms burning from the branch`s thrusts and hoped that I`d get on some wider road. Another turn and I got a surprise – a tree trunk hanging across the trail, fixed tightly a bit lower than the horseback height. Cardinon seemed to be going to bend his head and go further but I…I just seized the saddle and prepared for being thrown out of it. The next thing I remember was my hand seizing the saddle, me still on the horse, clear blood taste in my mouth, the blood from the gash on my forehead running to my eyes and we are going down a wide road. That time It wasn`t hard to turn the horse to the clump of trees and stop. I got off the horse, took it by the bridle and had a break. In half a minute a park guard on a motorbike arrived. He went out of his guardhouse having heard the girl`s scream. He asked how I felt, said that the second horse was on its way to the park entrance and went to search for our instructor. I got away with the forehead gash and a couple of teeth missing.

Still being in a slight shock I didn`t dare to get on the horse and walked towards the park entrance.
When I reached the entrance gate the guards there told me that the girl got off with some bruises, as she`d fallen off the horse, frayed nerves and strained voice. Soon our instructor arrived and we continued ‘the walk’.

Concerning the moral aspect of keeping horses in captivity, people are said to torment the animals and make them exist for the good of humans, not of their own will. It makes some sense concerning the horse racing. In spite of any stallion`s having emulative spirit, the amount of money staked on will get the animal bled white. But if we`re talking about the equestrian sport or about the farm keeping significance then it doesn`t seem so obvious to me.
This is the environmentalists` usual reason: would a horse live with a human if it had a choice?
I rely on my own experience.
I used to live in a small village in the Altai Mountains for some time. The existence of this settlement would be impossible without a horse, because by car or, even more so, by tractor it can`t be reached. So the horses supply sowing and harvest, people`s livelihood. In response, people give them a warm shelter for freezing winters (the temperature drops to -40C). Thus this union helps both to survive.
Another point why I see keeping a horse as a domestic animal reasonable is the following. If there was no equestrian culture, the population of horses would dwindle to the numbers much lower than the current ones. As the horse riding is popular, people defend these animals, keep an eye on their health and population, and derive new breeds.

← The very first
The human values →